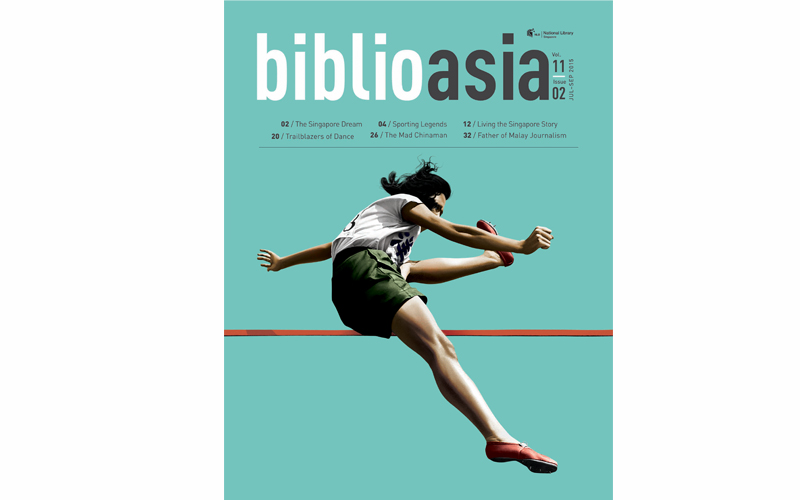 Stories We Can Call Our Own
Han Fook Kwang shares some of his favourite stories from Singaporeans as told in Living The Singapore Story, a book commemorating the nation’s golden jubilee.

The Art of Movement: Dance On The Singapore Stage
Tara Tan profiles five trailblazers of the Singapore dance scene who have pushed the envelope and created a unique Singaporean dance identity.

The Music, Madness and Magic of Dick Lee
The “Mad Chinaman” was probably the first to push the boundaries of popular music in Singapore. Joy Loh profiles the enfant terrible of entertainment.

The French Can: Pineapples, Sardines and the Gallic Connection
The Ayam brand of canned sardines was the brainchild of Frenchman Alfred Clouët. Timothy Pwee reveals its history and that of the pineapple canning industry in Singapore.

All Creatures Great and Small: Singapore’s First Zoos
Few people are aware that the island’s first public zoo was set up in 1875. Lim Tin Seng traces the history of wildlife parks in Singapore.

Sketches of Singapore
Doodlings and drawings of the cityscape by the community of artists who make up Singapore’s Urban Sketchers find expression in a new book.

Poetry 101: It Does Not Have to Rhyme
One of this year’s Read! Fest initiatives is a celebration of Singapore poetry. Sharon Lim tells you what to expect.